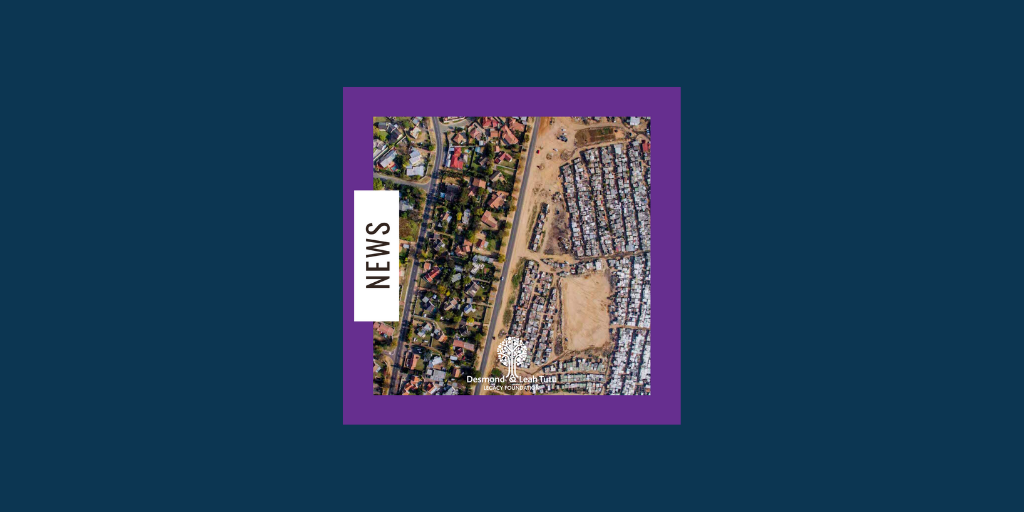 The reasons that voices across the world are calling, louder and louder, for a new economic model are nowhere more evident than in societies wracked by inequality, and South Africa is one of the most unequal societies in the world. Our present economic model is failing us.

Unemployment in South Africa has been measured at 25% or above (discounting discouraged jobseekers) for more than a decade. In February this year, Statistics South Africa reported this rate to be its highest since the measurement began in 2008 – 32.5% (7.2-million people). This scenario is unlikely to change soon, and once the coronavirus pandemic’s ravages are over South Africa will have to contend with labour market disruption brought about by technology replacing certain types of jobs.

In South Africa this past week individuals and organisations, including former public protector Professor Thuli Madonsela; the South African Council of Churches; the Southern African Catholic Bishops’ Conference; the Black Sash; the South African Domestic Service and Alliance Workers Union; the Muslim Judicial Council; the Women on Farms Project; the South African Informal Traders Alliance; the Congress of South African Trade Unions; and the South African Federation of Trade Unions, reiterated Social Development Minister Lindiwe Zulu’s March call for the extension of the Covid-19 social relief grant until it can be transformed into a basic income guarantee (BIG).

This is after the government terminated the grant, implemented in May 2020 just a few months after Covid-19 disrupted the world, on 30 April 2021. Nearly six million South Africans depended on this R350 grant as the pandemic fed our economic crisis, already in spate before Covid-19 damaged economies worldwide.

The idea of a BIG was first put forward in 1997, to meet the constitutional promise of providing social protection to all South African citizens.

Archbishop Emeritus Desmond Tutu backed this idea – and warned of the social conflict that could emerge if South Africans did not enjoy social security – when he delivered the Nelson Mandela Annual Lecture in 2004.

“We are sitting on a powder keg. We really must work like mad to eradicate poverty … We should discuss as a nation whether BIG is not really a viable way forward. We should not be browbeaten by pontificating decrees from on high. We cannot glibly on full stomachs speak about handouts to those who often go to bed hungry. It is cynical in the extreme to speak about handouts when people can become very rich at the stroke of a pen. If those are not massive handouts, then what are?” he said.

It is true, and commendable, that South Africa has an extensive social grant system, outside the grants implemented last year to help citizens deal with the pandemic’s impact. More than 18-million of our most vulnerable sisters and brothers – the elderly, children and people with disabilities – receive grants. Unfortunately, this system does not cover a growing sector of our society: unemployed adults (aged 18 to 55).

However, the BIG must not be understood as a grant, subsidy or conditioned unemployment benefit because the only condition for receiving it is citizenship.

It is also true that South Africa is in a financial quandary. Each day our parlous fiscal situation becomes more acute. It is easy, therefore, to say: we have no money for this.

Can we afford not to implement a BIG? We think not.

We are better than Brackenfell!