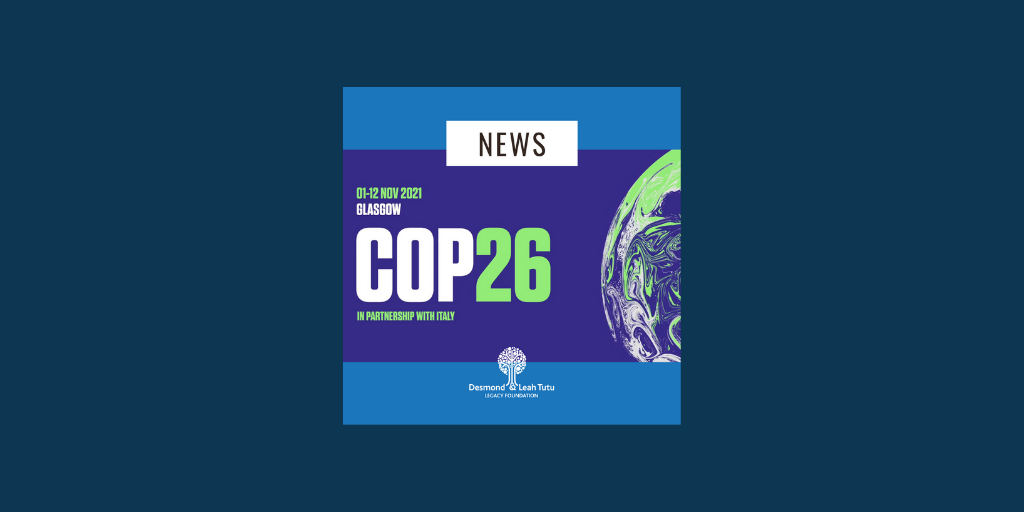 We call on the nations of the world, as they come together for the United Nations Climate Change Conference at the end of this month, to stand together and make decisions that will benefit us all, together.

We also call on the nations of the world to listen to the world’s women, especially women from the developing world. These acts will save our futures

Humanity’s future, quite literally, depends on decisions that will be made in two weeks’ time at this year’s international climate change talks in Glasgow, Scotland.

We cannot emphasise how critical it is that nations desist political posturing and quibbling at this year’s United Nations Climate Change Conference, often referred to as COP26. We also cannot emphasise how critical it is that the world listens to the call, made this week by Mary Robinson, chair of The Elders, that these talks work hard to include opinions from women, especially women from developing countries.

The latest report from the United Nations Intergovernmental Panel on Climate Change (IPCC) is unequivocal – climate change is caused by fossil fuel emissions, and no part of the world is untouched by it.

The worldwide Covid-19 pandemic and, in South Africa, the riots in July that caused billions of rands of damage in KwaZulu-Natal and Gauteng should be a wake-up call for all of us. Both have revealed and exacerbated the faultlines in society. In South Africa those are inequality, unemployment and poverty, all three of which are inextricably interlinked.

In South Africa, and in many other corners of the world, there are just too many people who are vulnerable.. Climate change can, and is, making their situation worse.

In August the UN’s World Food Programme warned that, on our doorstep, an estimated 30 000 people in Madagascar face “catastrophic” levels of hunger and food insecurity amid the worst drought in four decades, and are on the brink of experiencing the world’s first “climate change famine”. This is only one example of the effects climate change is having on people in our region and across the world.

It is women who most often bear the brunt of disaster. Analysis by Carbon Brief, a UK-based research body, shows that women and girls often face disproportionally high health risks from the effects of climate change when compared with men and boys. These include food insecurity, perinatal health risks to mother and baby, and injuries or deaths in storms, droughts or fires.

The IPCC’s most recent report, released on 9 August 2021, shows growing evidence of the role that climate change plays in complex, extreme weather events such as hurricanes, droughts and wildfires. Yet women, as Robinson points out, make up on average less than 30% of national and multinational climate change negotiating bodies.

We stand with Robinson when she calls for women, and particularly women from the developing world, to play a crucial role in the decisions needed on climate change adaptation and mitigation if humanity is to survive and thrive in the coming years. As she said: “It is often women who have the understanding of what is needed to adapt to changing environmental conditions and to come up with practical solutions – but they remain a largely untapped resource.”

As the world heads into the Glasgow talks, South Africa stands in an invidious position. The country is heavily dependent on coal, the dirtiest fossil fuel, and is reported by Bloomberg Green to be the world’s 12th-biggest source of greenhouse gases. It is also in a region that is more affected by climate change than many other regions.

It is absolutely true that South Africa can and must switch from its dependence on fossil fuels to renewable energy. It is also true that it is not alone in this dependence.

It is disingenuous to call on South Africa to rid itself of fossil fuels while, according to the United Nations Environment Programme, some of the largest fossil fuel producers among developed countries, including Australia, Canada and the US, are pursuing major expansions in fossil fuel supply. What’s good for one is good for all.

Courageous Conversations – Accountability and Justice: The need for an Independent Commission of Inquiry into the suppression of the apartheid-era crimes

The Desmond and Leah Tutu Legacy Foundation (DLTLF), in partnership with the Foundation for Human…