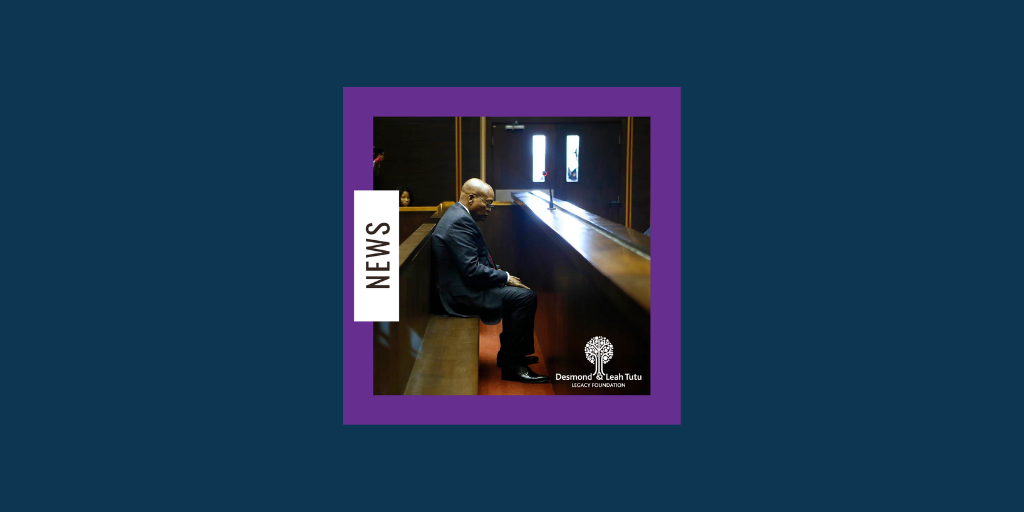 Last night saw former President Jacob Zuma abandon his attempts to flout the law, and hand himself over to the Estcourt police station, as required by the Constitutional Court.

While the judgment made it plain that our country’s Constitution is supreme and that no South African, not even a president, is ever above the law, for a while it felt as if this outcome might be in doubt.

The strong signals sent by former President Jacob Zuma that he might flout the order, as he has flouted others in the past, as well as the behaviour of his supporters, must be condemned in the strongest possible terms.

The Desmond and Leah Tutu Legacy Foundation welcomes Zuma’s eventual submission to law enforcement but condemns, in the strongest possible terms, his contempt for the rule of law in South Africa.

The risks associated with such consistent, wilful flagrance tactics is the kind of negative role modelling that should not be perpetuated and emulated. Those in the highest office should not regard themselves as exceptional.

We welcome that former President Jacob Zuma has chosen to accept the contempt of court judgement. This must not fall short of full and necessary compliance.

JOHANNESBURG: On Monday 24 August 2020 a delegation of organisations calling for societal action against…