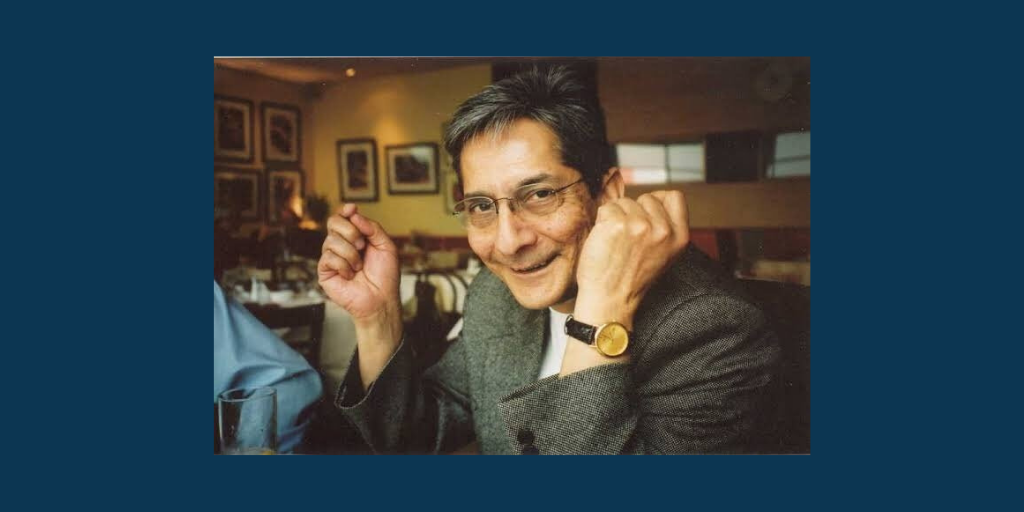 Achmat Dangor, who passed away yesterday, had multiple strings to his bow. He was a celebrated author, a lifetime activist for justice in South Africa, and a uniquely quiet and reassuring development professional trusted with the leadership of critical institutions.

Banned for six years in the 1970s for his activities as a member of the cultural Black Thoughts group, in the 1980s he was a co-founder of the South African Writer’s Congress.

The awards he received for his writing, including being shortlisted for the Booker Prize in 2004 for his novel, Bitter Fruit, bear testament to his creative talent.

In 1985, collaboration between the South African Council of Churches and the European Union Special Programme for the Support of Victims of Apartheid led to the formation of the Kagiso Trust as a mechanism to channel funds to promote justice and support Black South African communities.

It was to Dangor that the then Secretary-General of the SACC, Bishop Desmond Tutu, turned to lead the Kagiso Trust. It quickly became the most important development agency of its kind in South Africa, distributing R1.2 billion in funding between 1985 and 1997. Among its patrons were the Archbishop and “Oom Bey”, Beyers Naude, the outstanding Afrikaner theologian and anti-apartheid activist.

CEO of the Desmond & Leah Tutu Legacy Foundation Piyushi Kotecha said: “I was privileged to have enjoyed his friendship – always kind, gentle and thoughtful with a well of wonderfully woven stories, expressed with a softly knowing glint.

“His writing legacy is a canvass of layered stories, often profoundly ironic,  reflecting the impact of prejudice on humanity in our dear land.”

The Desmond & Leah Tutu Legacy Foundation extends its deepest condolences to Achmat’s wife Audrey and son Zachary, and all who loved this exceptional South African human being. May he rest in peace and rise in glory.

Gender-based violence was at epidemic proportions in South Africa before the Covid19 pandemic. Conversations about…

Covid-19 has revealed some of the best human characteristics, such as the courage and compassion…