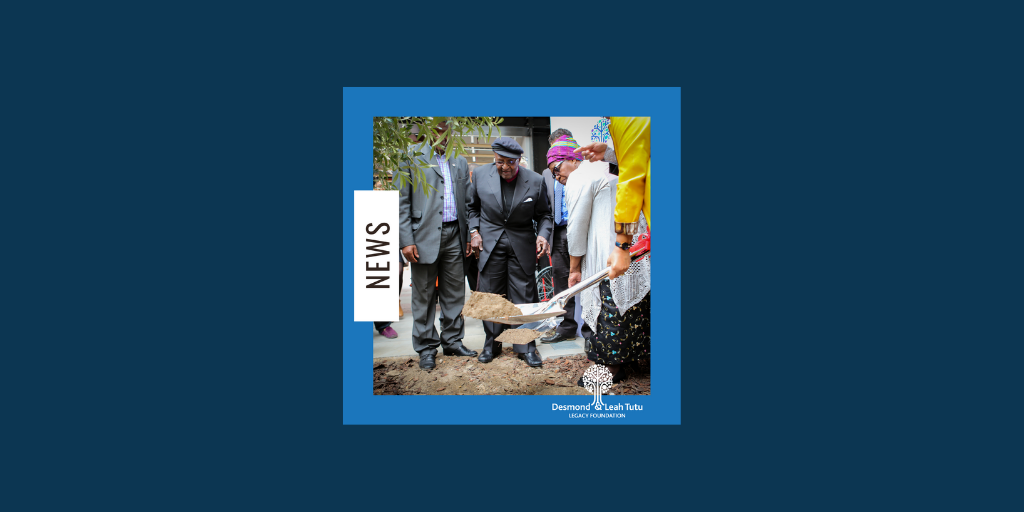 There is an olive tree in the courtyard at the Old Granary, which has been home to the Desmond & Leah Tutu Legacy Foundation since 2018.

Planted by Archbishop Emeritus Desmond Tutu, the tree marks the historical Cape Town building’s new life as the place from where the Foundation’s work towards creating a more compassionate world can flow.

Olive trees have long been symbols of peace and reconciliation. According to the Christian tradition, at the end of the flood that God sent to wipe out evil in the human world, a dove brought Noah an olive leaf. This piece of vegetation was an indication that Earth was still a safe place, one in which Noah and his family could start a new, better relationship with their maker.

In much the same way that Noah needed to reconcile with his God, we humans need to be reconciled with nature. This year has been full of warnings – in the form of extreme weather events – that the effects of biodiversity loss and climate change are wreaking havoc across the world. The most recent of these being the floods that have devastated China’s Henan province, western Germany and Belgium, and the Madagascar famine that scientists say is the first in modern history to be solely caused by global warming.

Climate change, biodiversity loss and other ecological disasters are caused by humans’ unnatural apartness from nature, says environmental activist Dr Vandana Shiva who calls this rift “ecological apartheid”. She defines this as the illusion that humans are separate from nature and superior to other creatures.

Ecological apartheid is the subject of our latest Courageous Conversation, a live-streamed discussion that will be aired on 28 July and that will explore how industrial farming methods and modern life have pushed humans and nature further and further apart.

The Old Granary’s colonial and apartheid past has been overtaken by the Foundation’s quest to contribute sustainably to a better world, including through ending our complicity in ecological apartheid.

ANDREW MLANGENI: A GIANT WHO OPPOSED INJUSTICE TO HIS DYING DAY

Good evening, Molweni, Sawubona, Goeienaand, Namaste, Salaam Alaykum Welcome from all of us at the…