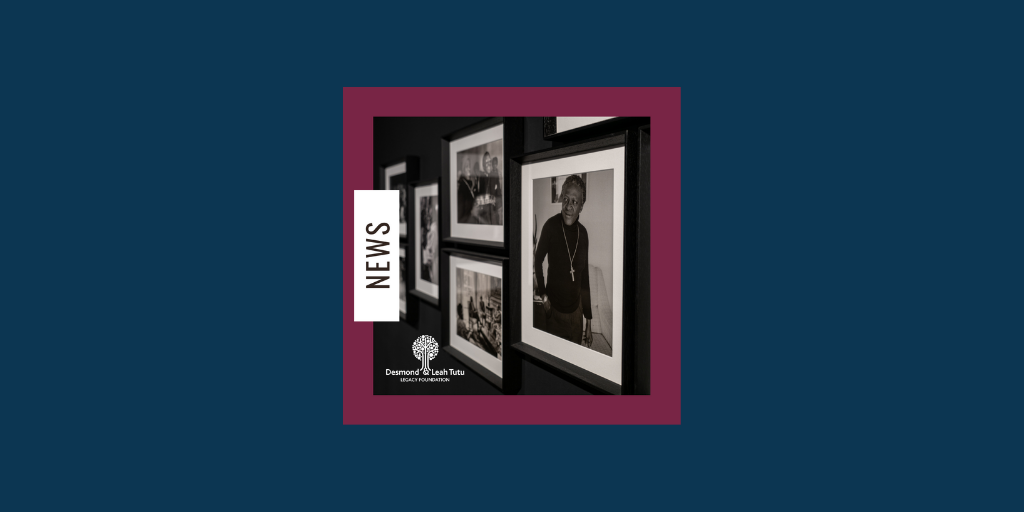 Born in Klerksdorp on 7 October, 1931 to a father who was a teacher and a mother who was a domestic worker, Archbishop Desmond Tutu was one of South Africa’s most well-known social justice activists. At first, Tutu wanted to study medicine, but was unable to afford the high fees at Wits University. So he followed in his father’s footsteps and decided to study for a diploma in teaching at the Pretoria Bantu Normal College in 1951. He also later obtained a BA degree from Unisa.

Tutu and his lifelong partner Nomalizo Leah Tutu both taught at Munsieville High School. During their time as teachers, the apartheid government introduced the Bantu Education Act in 1953, ensuring a separate and inferior education system for black learners. Tutu decided that he could no longer take part in the system of oppression. He turned to the church, opting to become a priest like his mentor, Father Trevor Huddleston. (In the 1960s, he went to study theology at King’s College in London, where he was also a Fellow of the college.)

Leah Tutu supported her husband’s decision to leave a racially divided and unequal education system, even if it meant that she would become the family breadwinner. She was with Desmond, side by side, every step of the way. She went on to co-found the South African Domestic Workers’ Association.

It wasn’t an easy decision for Tutu to leave his role as a teacher. By all accounts, he was much loved by his students and fellow faculty members. In fact, the book Tutu: Archbishop Without Frontiers, describes how difficult this decision was. “He had only just qualified as a teacher, he had no other job to go to. He loved the children, he loved teaching and he excelled at it. The Act was implemented first at junior level, so he stayed for three years to follow through the children he had started to teach, and then he left.” But Tutu never forgot how important education was in building an equal and just society.

The impact that the Bantu Education Act had on the education system was devastating: schools had to accept a curriculum that was full of myths and racial prejudice, and they were critically underfunded. A graphic in the exhibition on the per capita spending on education from 1950-1980 perfectly illustrates just how the Bantustan schools were affected, and the impact of this act can still be felt today.

During Tutu’s time in the church, the apartheid regime grew more and more violent in the face of the groundswell of opposition to its laws and policies.

In May 1976, on the eve of the Soweto student uprising, Tutu wrote to Prime Minister BJ Vorster, urging him to end the oppressive apartheid system. Tutu felt that unless there was urgent action, a disaster could take place. In his letter to Vorster, Tutu said: “Unless something drastic is done very soon, then bloodshed and violence are going to happen in South Africa almost inevitably. A people can only take so much and no more… I am dreadfully frightened that we may soon reach a point of no return, when events will generate a momentum of their own, when nothing will stop there reaching a bloody denouement.”

The letter, which can be viewed in the exhibition, was dismissed by Vorster, and Tutu was regarded as nothing more than a troublemaker. However, mere weeks after penning the letter, 16 June, 1976 happened. Students were gunned down; some were shot in the back while running away. The image of Hector Pieterson, linked to this tragic event in our history, will forever be etched in our collective memories.

Indeed, the issue of education never really left Tutu. In his later life, he continued to be involved. He worked for the Theological Education Fund and was heavily involved in the Kagiso Trust, which focuses on education development; he received several honorary doctorates and served as the Chancellor of the University of the Western Cape.

While Bantu Education changed Tutu’s life in a way the apartheid government perhaps did not anticipate, it still, sadly, left a devastating legacy. South Africa has a grossly unequal education system; schools in rural areas are often much worse off than schools in urban areas; the gap in resources between private schools and public schools also keeps growing.

By all accounts, our government is failing the majority of South Africa’s children – in an Organisation for Economic Co-operation and Development study on education in 2015, South Africa finished second from the bottom, in 75th place, while in the Programme for International Student Assessment (Pisa) rankings, it failed to reach the top 40 for either reading or mathematics.

Fewer than half the learners who enrol in Grade 1 remain in school until Grade 12, and the illiteracy rate among sixth-year learners is 27%, higher than that of our SADC neighbours, whose education budgets are much lower than ours. These results are shockingly unacceptable.

More recent research shows that since 2016/17, funding for education as a percentage of the total budget has decreased from nearly 19% to around 15%. Advocacy groups such as Equal Education have emphasised that budget cuts drastically affect basic education.

Litigation seems to be one of the routes that the social justice sector is taking to address the persistent inequalities, ineptitudes and legacy issues that continue to dog our education system. Section 27 took the Department of Education to court over the tragic death of Michael Komape, who fell into a pit toilet at his primary school and drowned. The family was awarded damages for the tragic loss of their son; the Department of Basic Education was served with an order to eliminate all pit toilets at schools in Limpopo and to equip schools with dignified sanitation facilities.

In a more recent case of litigation, the Legal Resources Centre (LRC) is heading to court over the non-delivery of textbooks and stationery to schools in the Eastern Cape. This administrative bungle has had a serious impact on both learners and teachers, who are looking to make up for time lost to the Covid-19 pandemic in the past two years. The LRC describes basic education as a unique social-economic right.

While it is somewhat troubling that litigation is needed to force the Department of Basic Education to do its job, it is absolutely vital that civil society continues to hold government accountable. Civil society is standing up to be counted where it matters. It is making sure the government delivers a decent basic education to all the country’s children. As someone who always stood up against injustice and believed in the importance of education, “the Arch” would have been proud to see it.

Tutu knew that education was key to having a more just and equal society. While we still, sadly, seem to be quite far away from achieving that, the positive is that civil society is taking a firm stance, just as Tutu once did when he was appalled at the unequal standards of education as a teacher and a cleric. “I believe that education is the key to unlocking the door that will eradicate poverty and that young people have the power to make it happen,” Tutu said.

The archbishop’s enduring fight for social justice, spanning decades, serves as inspiration and encouragement for all those wanting to make a difference.

“I CAN’T BREATHE” – A CHILLING ANTHEM FOR GLOBAL INEQUALITY

Courageous Conversations – Accountability and Justice: The need for an Independent Commission of Inquiry into the suppression of the apartheid-era crimes

The Desmond and Leah Tutu Legacy Foundation (DLTLF), in partnership with the Foundation for Human…