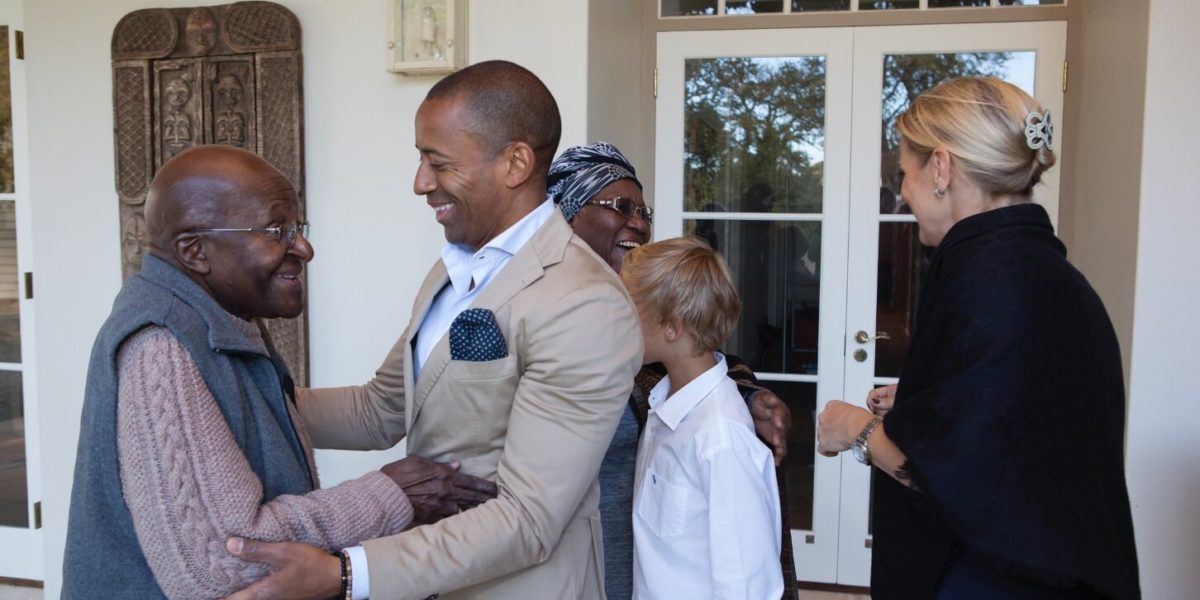 The Desmond and Leah Tutu Legacy Foundation (DLTLF) has appointed a powerful duo to lead the next stage of its growth and development. Chairman Niclas Kjellström-Matseke and CEO Piyushi Kotecha harness a set of diverse and complementary skills in leadership, governance, sustainability and organisational development.

The Tutu and Matseke families have a multi-generational relationship; Archbishop Tutu described Kjellström-Matseke’s new position on the Foundation as reflecting a “wonderful choreography”. Kotecha has been lured from the higher education sector where she held various senior leadership positions developing policy, collaborations and connecting South African, Southern African and African universities.

The appointment of new leadership comes at a critical juncture for the Foundation following Archbishop and Mrs Tutu’s withdrawal from public life, and as the Foundation settles into new headquarters in a restored +200-year-old heritage building built by slaves in the heart of historic Cape Town.

Kjellström-Matseke, the Swedish-born global business leader and sustainable development specialist, takes the reins of the Foundation three years after relocating to the land of his paternal ancestry. His great-uncle, the storied educator SK Matseke, once taught a young Nomalizo Leah Shenxane – and loaned textbooks to assist Desmond Tutu through his first degree from UNISA. SK Matseke was the founding principal of Orlando West High School in Soweto, directly opposite the marital home of the late Nelson and Winnie Mandela.

Kjellström-Matseke’s grandfather, Simon Peter Matseke, was a human rights activist and founding member of the African National Congress, who served as President of the Transvaal African Congress; his father, Robinson Matseke, fled South Africa under the noses of security police after the Sharpeville Massacre in 1960, winding his way to Sweden where he attended university and married.

Kjellström-Matseke was the CEO of Novamedia Nordics from its establishment in 2005 until 2015. Under his leadership Novamedia/The Postcode Lottery experienced extreme growth, the group of lotteries becoming the world’s third largest private donor. He is the Founding Partner of New York-based company 17Asset Management. He was a member of The Elders’ advisory board, at the time the organisation was chaired by Archbishop Tutu, and in 2013 received the Robert F. Kennedy Human Rights – The Ripple of Hope Award for “dynamic and creative leadership”.

Kjellström-Matseke described his connection to the Tutu Legacy Foundation as a calling. “In a sense, it consummates a multi-generational relationship that for many years I didn’t fully appreciate. The Foundation is a platform created by the Tutu’s servant leadership to contribute to the next generation of thinkers and leaders, and that’s precisely what we intend to do.”

Archbishop Tutu said: “The Matseke family is among South Africa’s most illustrious. Many years ago, Leah and I were both privileged to have been exposed to SK Matseke, the pioneering teacher and principal, who taught Leah and loaned me textbooks for my first degree. Now, Niclas Kjellström-Matseke, who grew up in Sweden and has developed a global reputation in business leadership and ethics, returns to South Africa and agrees to lead our legacy foundation. It’s a wonderful choreography.”

Prior to becoming Chair, as a board member, Kjellström-Matseke was responsible for the recruiting of Piyushi Kotecha as the new Chief Executive for the Foundation.

Said Kjellström-Matseke: “We are delighted to have lured her away from higher education as we value her perfect blend of highly transferrable relevant skills, integrity and deep multi-sectoral sector knowledge base – she is a perfect partner to have in driving the Foundation forward.”

“I particularly appreciate the roles she has played on various governance, policy and international boards, her leadership at SADC’s Ministerial summits, her track record in offering strategic advice on co-operation to several stakeholders including international agencies, donor forums, the African Union and other development organisations.”

“It is my role to help create the conditions in which this center of knowledge and heritage will flourish,” Kotecha said.The Foundation engages in dialogue, community and heritage programmes, hosts temporary exhibitions relevant to the Archbishop’s life and work, and is planning the installation of a new museum on the premises. “The Foundation can be a pivotal nexus for many partnerships, leadership initiatives, including those for youth, and many others to embrace the Tutu values,” Kotecha said.

Archbishop Tutu said: “What an honour and a pleasure for us oldies to know that there are young people of the highest calibre advancing our Foundation and taking on some of our work.”

Photographs of Mr Kjellström-Matseke and Ms Kotecha are available on request. This statement was issued for the Desmond & Leah Tutu Legacy Foundation by Oryx Media. For more information please call Benny Gool 082 5566 556 or Roger Friedman 079 8966 899.

A CALL FOR YOUNG VOICES TO RE-IMAGINE TOMORROW