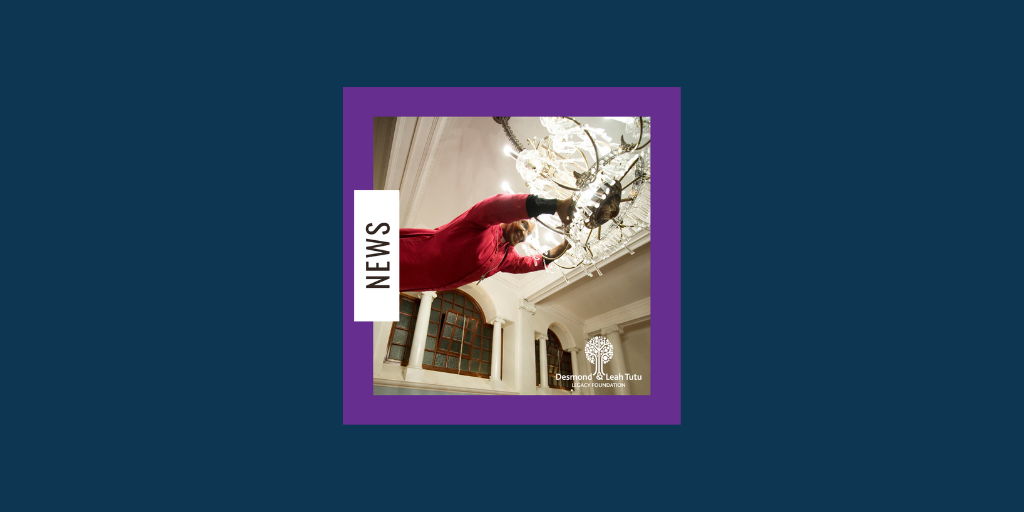 A new, limited-edition print by renowned artist William Kentridge and a fully sponsored stay at a five-star private villa near Hermanus in the Western Cape are among the variety of works of art and experiences that will go under the hammer on 22 September 2021 to raise funds for the Tutu Legacy Fund, the Desmond & Leah Tutu Legacy Foundation has announced.

The hybrid (in-person and online) event will comprise two sessions, the first at 3pm, with the main event taking place at 6pm.

“We’re thrilled to be hosting this premier event with our partners Strauss & Co and the French Embassy in South Africa. Their generosity is greatly appreciated,” says the Foundation’s CEO, Piyushi Kotecha.

The Tutu Legacy Fund was established to ensure that Archbishop Emeritus Desmond Tutu’s legacy is perpetuated and that the Foundation is able to foster a new, youth-led drive for positive change in Africa and the rest of the world.

The auction is part of the Foundation’s 90@90 campaign, which aims to raise R90-million for the Tutu Legacy Fund – from 7 October 2020 to 7 October 2022. Funds raised from the Art for the Arch auction will go towards an exciting new long-term exhibition celebrating the work of Archbishop Tutu, titled Truth to Power, which will open in October 2021.

“Archbishop Tutu’s legacy has not yet been fully told, yet his courageous leadership helped guide our country through and beyond apartheid, and set an example to the world,” says Kotecha. “It still does, but it is the Foundation and, most importantly, our young leaders who must carry on his legacy of constructive dialogue, consolation and the healing of divisions, all of which remain critically important to increase equitable prosperity and socio-economic development throughout our modern world.”

“We’re excited to be involved in the important quest to secure Archbishop Tutu’s legacy,” says Frank Kilbourn, executive chairperson of Strauss & Co. “We deal with important legacy pieces on a daily basis, but these tangible assets only have their true value because of the intangible. Archbishop Tutu is one of the greatest assets to humanity. His life story shows how we can be when we are at our best. We’re looking forward to hosting the auction.”

Strauss & Co has facilitated insurance for the works that have been donated to the Art for the Arch auction, and have documented and photographed all the works for the glossy catalogue that will accompany the sale. A Strauss & Co auctioneer will conduct the hybrid auction live at the Old Granary, Cape Town, which will also be streamed in real time online.

Bidders can register on the Strauss & Co website from 15 September 2021.

The Embassy of France in South Africa will be marketing the auction to its stakeholders.

“We’re extremely proud and honoured to be a part of the celebrations for the 90th birthday of Archbishop Desmond Tutu and hope that this milestone will help to raise awareness of the Desmond & Leah Tutu Legacy Foundation’s important activities.

“The French Embassy will assist the Foundation in this auction on various aspects, including sourcing some of the items presented during the auction, and communicating widely around it on our networks,” says Aurélien Lechevallier, France’s ambassador to South Africa.

Finally justice: now for the courage to heal

A voice made by heaven, for heaven – Sibongile Khumalo

In 2000, the wonderful Sibongile Khumalo welcomed Archbishop Emeritus Tutu in song as he received…