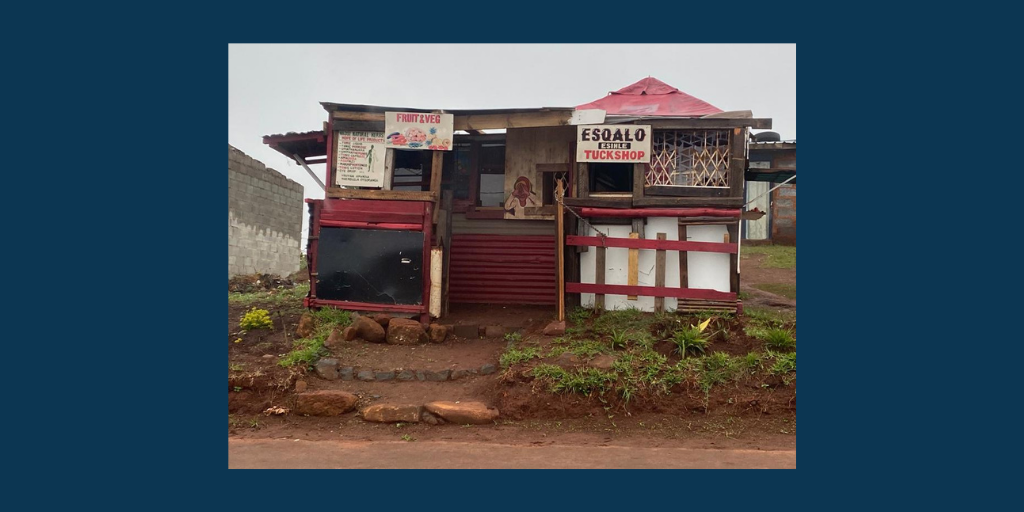 A regulatory framework to develop township economies is long overdue. Support of township business with access to capital, to better roads and services and to markets will strengthen local economies and stem the flow of money out of South Africa’s most deprived urban areas.

But regulation must protect and not displace the poor by criminalizing their informal businesses.

And with local government elections now less than a year away politicians must avoid the temptation of bowing to populist xenophobic sentiment and blaming immigrants for the woeful socio-economic conditions in which many Black South Africans continue to live, 26 years after apartheid.

The draft Gauteng Township Economic Development Bill, which is viewed as a pathfinder that other provinces are expected to follow, does not make it easier for township enterprises to gain legal recognition. In fact, it makes compliance extremely onerous and risks leaving informal enterprises even more exposed and excluded from support than before.

And the draft Bill effectively limits the right to do business to South African citizens and permanent residents.

Foreign nationals are not political footballs to divert attention from the State’s and all stakeholders’ difficulties and/or inabilities to work through South Africa’s history of race, space and class division – and inequality

Few people around the world disagree with the notion that their countries should put the needs of its citizens first. Nor would many disagree that borders should be controlled. How these principles are implemented gets to the heart of nations’ ethics and morality.

Most countries across the world are divided into two distinct spatial realms, urban and rural, a World Bank study on the economics of South African townships reported.

“The situation in South Africa throws up a trickier and more unconventional challenge. The country has symptoms of a spatial realm that is not fully connected with the urban systems (spatially, socially or structurally) and is certainly disconnected from the rural economy. This is the realm of the country’s townships and informal settlements. Conceptually, they are relics of the country’s special past, but the policies of post-apartheid South Africa have inadvertently kept their contemporary reality alive,” the World Bank said.

South African townships are bursting at the seams. The democratic government deserves more acknowledgment than it gets for the number of houses it has built, and the number of families who’ve been switched on to electricity, water and sanitation.

But the pace of housing delivery was dwarfed by that of urbanisation after the scrapping of apartheid controls over the movement of people.

Post-apartheid South Africa did not enact hard policies on the redistribution of wealth. Nor did it enact the wealth tax recommended by the Truth and Reconciliation Commission. But its “softer” approaches, such as Affirmative Action and Black Economic Empowerment, have failed to progressively lift ordinary South Africans out of poverty.

Corruption, maladministration and ineptitude have cost the country Trillions of Rands that might have been spent improving township conditions and narrowing the gap in living standards between rich and poor.

The South African economy, including local business economies, remains fundamentally skewed. The most densely populated areas have the least services, parks or social facilities. They also have poor access to markets and few retail centres.

Into this relative void have stepped traders in the so-called informal economy, tens of thousands of small business operators running spaza shops and street trader stalls. They operate highly efficient supply chains that provide affordable, accessible foodstuffs. Most of these township enterprises are informal. They are the backbone of the township economy.  South Africans operate most of these township businesses.

Research shows that 20% of informal township businesses in Gauteng are foreign-owned or run. In a sea of poverty and unemployment, the foreign traders’ relative success sticks out. Political opportunists have fed on residents disillusionment with poor living conditions to fuel anti-foreigner rhetoric. And thus many foreign run businesses have been targeted for attack.

Taking away the rights of traders to make a living will not transform socio-economic conditions in the townships. It is a cynical mechanism to shift blame for the difficult lives many South Africans live, to a particular class of traders.

Besides which, according to the legal opinion of Professor Marius Pieterse, of the School of Law at the University of the Witwatersrand, endorsed by a number of progressive South African organisations and academics, “the prohibition and attendant criminalisation of the operation of businesses in townships by foreign nationals is plainly unconstitutional”.

Any legislation that seeks to regenerate township economies must actively support rather than criminalise the efforts of the poor to gain a foothold in the economy.

Ridding the townships of foreign owned-businesses is not a magic cure for poverty and inhuman conditions. The traders are an inappropriate target, low-hanging fruit, convenient scapegoats for the state to use to abrogate responsibility for its lacklustre performance in general, and failure to reduce misery and inequality, in particular.