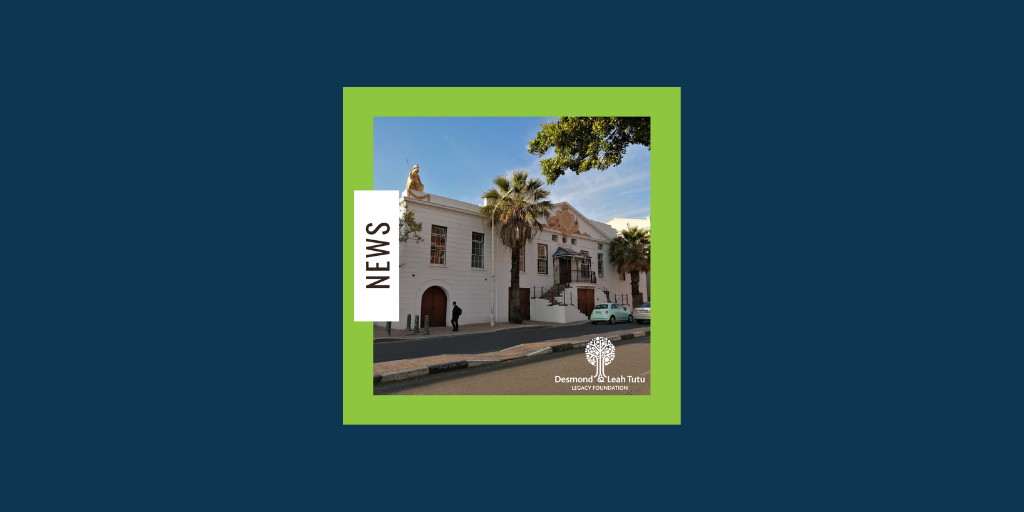 The Foundation has deliberately not erased the history embedded in the Old Granary’s walls, choosing – as Archbishop Emeritus Desmond Tutu always does – to look injustice and pain squarely in the eye. Instead, we use it to remind us that racism, of which colonialism and apartheid are extreme expressions, is a social injustice that must always be forthrightly opposed.

Archbishop Tutu, the Foundation’s founder, is an exemplary example of steadfast opposition to all social injustice, everywhere, but especially in South Africa.

As general-secretary of the South African Council of Churches from 1978 to 1985, the Archbishop faced down the might of the apartheid state to call for social and political justice in South Africa. For this determined, but non-violent stance he won the 1984 Nobel Peace Prize.

As chairman of the Truth and Reconciliation Commission from 1995 to 2002, the Archbishop heard harrowing accounts of gross human rights abuses, from victims and perpetrators, and gained international acclaim for his ability to truly empathise with the trauma felt by victims and the remorse displayed by some of the perpetrators. The commission had the power to grant amnesty in cases of true remorse, but did this in fewer than 1 000 cases, refusing  amnesty to 5 392 applicants.

In later years, and even after his 1996 retirement, the Archbishop continues to stand unflinching in the path of injustice, from any form of discrimination to political corruption.

All his life the Archbishop has defended social justice, guided by his God and by his moral conscience. There is no one who can match his humility in leadership, his ability to find humour in each day, or his deep humanity.

Remembering that at one point the Old Granary was a bastion of colonial justice, by its very nature an inherent injustice, is a daily call to arms for the Foundation: to defend social justice with every breath.

Despite decades of democracy there is much still to fight for. South Africa is one of the world’s most deeply unequal societies, and the rampant corruption being unravelled by the Zondo Commission into state capture perpetuates social injustice by hampering social services, from local to national level.

Archbishop Emeritus Desmond Tutu turns 90 this year. As our gift to him, the Desmond…