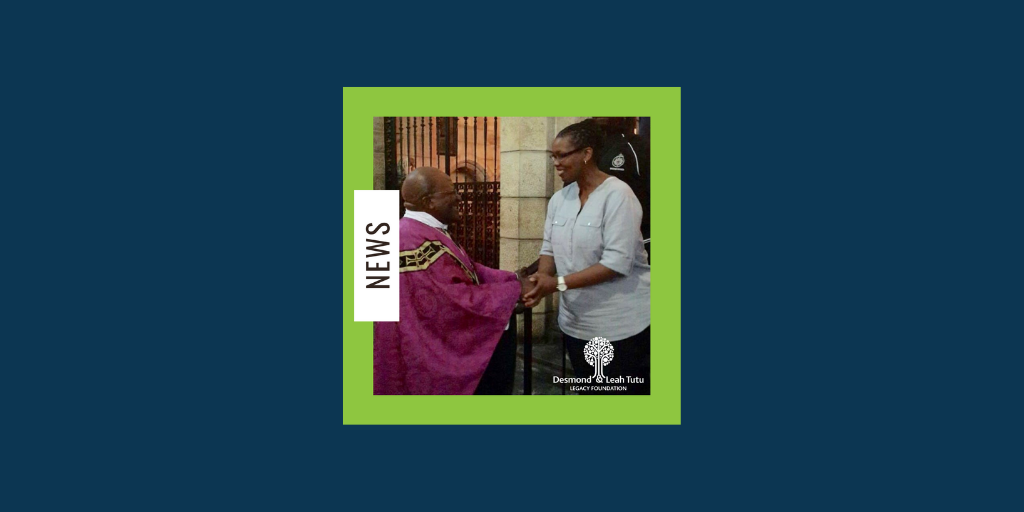 The Desmond & Leah Tutu Legacy Foundation is heartened to hear that the Reverend Canon Dr Vicentia Refiloe Kgabe is to become the next bishop of the diocese of Lesotho.

The Revd Kgabe will be the third woman in Southern Africa to become a bishop. Her appointment was agreed on by the Synod of Bishops of the Anglican Church of Southern Africa on 20 September 2021.

Archbishop Emeritus Desmond Tutu is a strong supporter of the ordination of women as priests and will be gladdened to hear of the Revd Kgabe’s appointment. In August 1992, as Archbishop of Cape Town, he ordained two of the first five women to become Anglican priests in South Africa.

In his letter to the Anglican community on the 25th anniversary of his ordination of the Revd Wilma Jakobsen and the Revd Margaret Vertue, the archbishop notes: “Twenty-five years later, the sky is still showing no signs of falling on our heads.”

Margaret Vertue became the second woman to be appointed bishop in the Anglican Church of Southern Africa, in 2013, following the late Ellinah Wamukoya’s election as the bishop of the diocese of Swaziland in 2012. Bishop Wamukoya passed away in March 2021.

The Revd Kgabe was ordained as a priest in 2002, in Johannesburg, where she served eight parishes and held leadership positions. This is the same diocese where Archbishop Tutu served as dean in St Mary’s Cathedral from 1975 to 1976. Since 2014 she has been the rector at the College of the Transfiguration, the ACSA theological college in Makhanda (Grahamstown).

Africa’s young people are its greatest resource. Their energy and creativity have already led to…

End the violence and discrimination against the LGBTQI+ community