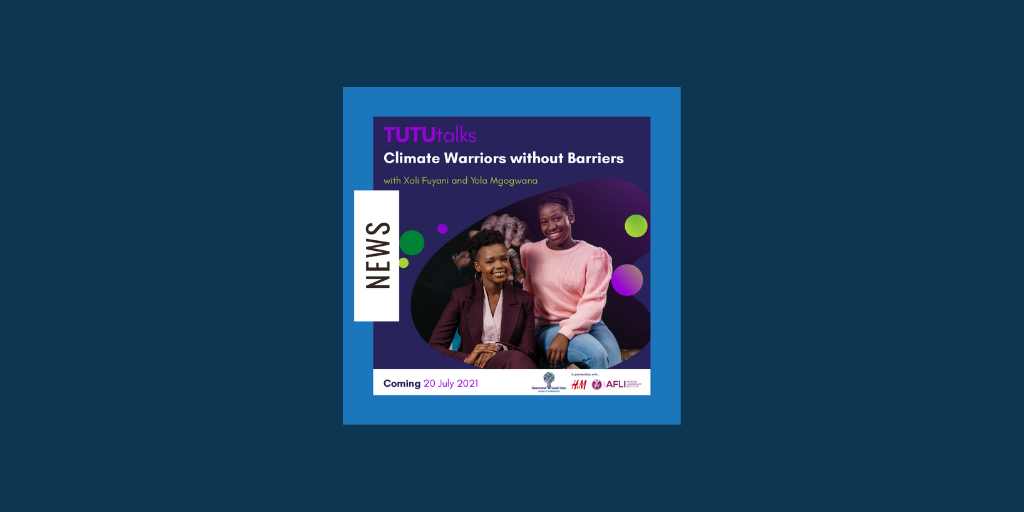 In this talk, titled, Climate Warriors Without Barriers, 13-year-old climate activist Yola Mgogwana and her environmental mentor, Xoli Fuyani, will explain why climate change is a social justice issue that is already affecting people in Cape Town’s Khayelitsha township, where Yola lives.

The duo is not without hope, however, declaring that taking action against climate change, as they both do, gives them the courage to continue working for a better world, one in which people and planet operate in symbiosis.

In 2019, when she was 11, Yola shared a stage with South African President Cyril Ramaphosa and a United Nations Environment Programme delegation, calling on global leaders to make changes that would help to curb the overall rise in global temperatures.

“We, as the youth, are supposed to be enjoying our freedom, but now we are fighting for our future because of adults who don’t want to sit at the table with us [and discuss solutions to the climate change challenge],” Yola says.

Xoli says she was inspired by Archbishop Emeritus Tutu’s message of peace, inclusivity and embracing diversity when she was growing up in Gugulethu, a township not far from Khayelitsha. She explains that these values have been incorporated into the African Climate Alliance, a youth-led group advocating for climate, ecological and social justice. Xoli joined the Earthchild Project, a complementary education programme for under-resourced schools with a focus on the environment, health and self-development. The project is part of the alliance.

“The Desmond & Leah Tutu Legacy Foundation is using the Archbishop’s legacy of courageous conversations to create a platform, through the TutuTalks series, that showcases moral and ethical leadership,” says Foundation CEO Piyushi Kotecha.

“This particular edition of the series will continue the public discussion, started last year through the 10th annual Desmond Tutu International Peace Lecture, on how to urgently address climate change as a social justice issue, and we are looking forward to adding new, youthful vigour to the discussion through this event.”

In this third TutuTalk H&M South Africa is working with the Foundation to uncover the stories of female leadership across Africa.

“Climate change is a key challenge to any industry and results in social justice issues. To address this as a fashion company, we need to change the way products are produced and enjoyed.  We want to support this transformation by making our value chain climate positive by 2040, as per other sustainability goals we have set and achieved” says Caroline Nelson, H&M South Africa Country Manager.

The Desmond & Leah Tutu Legacy Foundation is using the TutuTalks series to present new perspectives on the unresolved issues that civil society faces worldwide, and to uncover what moral and ethical leadership entails. The intention is not only to spread ideas, but also to empower young African leaders. This third edition in the series is presented in partnership with the African Leadership Institute and clothing retailer H&M.

“The TutuTalks series matches our company goals of promoting sustainability and women’s empowerment.”

“H&M is proud of its collaboration with the Desmond & Leah Tutu Legacy Foundation in its aim to promote courageous conversations on some of the world’s most intractable topics, and to promote the profiles of young African leaders, especially women,” says Nelson.

The Foundation launched the TutuTalks series earlier this year, in the belief that giving dynamic and inspirational young African leaders an international platform will play a critical role in inspiring other young Africans to become ethical leaders in their schools, communities and societies.

The talk can be viewed on the Foundation’s website (watch here) from the 20th of July 2021.

The Old Granary, home to the Desmond & Leah Tutu Legacy Foundation, has a long…

A BIG rethink is required for a just society