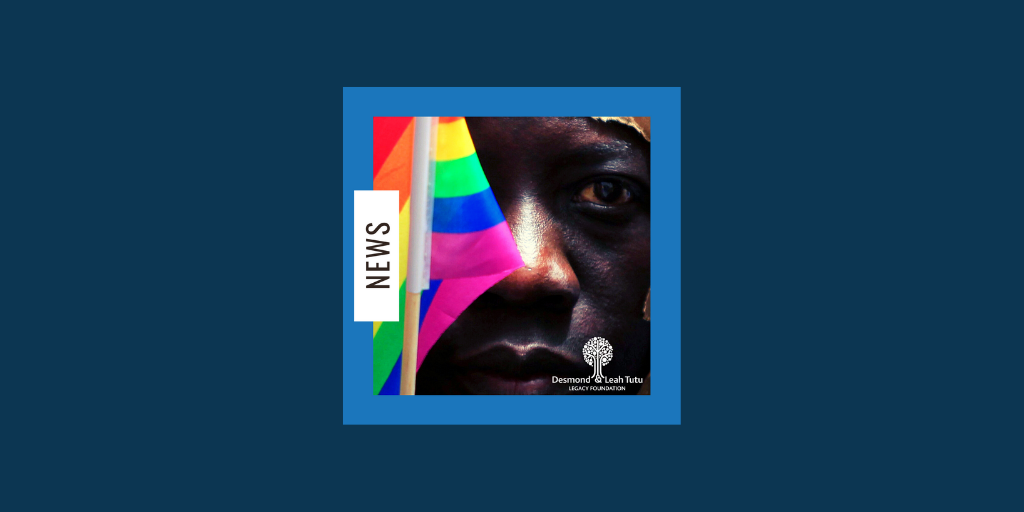 The Desmond & Leah Tutu Legacy Foundation is horrified by the murders over the past few weeks of Bonang Gaele, Nonhlanhla Kunene, Sphamandla Khoza, Nathaniel  “SpokGoane” Mbele, Andile “Lulu” Nthuthela, Lonwabo Jack, Buhle Phoswa, Lucky Kleinboy Motshabi and others, simply because of their sexuality.

We cannot let this go unnoticed or unchallenged and call on the South African Police Service to identify these as hate crimes forthwith, and on Parliament to speed up the urgent passing of the restitutional Hate Crimes Bill.

Our founder, Archbishop Emeritus Desmond Tutu, has always defended the rights of all people, regardless of their sexual orientation. In 2013 he made global headlines when he declared that he would rather go to hell than to a homophobic heaven.

South Africans have just noted their 27th Freedom Day. This year we mark 25 years since our Constitution, which guarantees everyone in South Africa freedom from discrimination, was ratified. Despite this, people are murdered and persecuted because of who they love.

Worse, religion is used to justify homophobia. This is indefensible. When he was leader of the Anglican Church of Southern Africa, Archbishop Tutu called on the church to take up the fight against homophobia as soon as the struggle against apartheid was ended. There are many Christian leaders across the world who speak out against homophobia and homophobic crimes, although sadly there are many who do not and some who tacitly – or overtly – encourage them.

The rights of the LGBTQI+ community in South Africa are protected by the South African Constitution and Bill of Rights. Any bigotry towards this community, whether it emanates from religious, cultural or political factors, should be denounced by all.

As slavery and apartheid were evil and led to the murder of black people, so homophobia is evil; it does not respect the innate dignity of each human being. The time has come for society and its institutions, including the media, to give wider coverage to these hate crimes, as well as to offer platforms for support and courage, and for pressing demands for justice. People who feel burdened by having to hide their sexuality must be embraced, supported and protected by all.

‘Apartheid education: The most evil act of all’ is one of six themes of a new exhibition on the life and work of Archbishop Tutu

Born in Klerksdorp on 7 October, 1931 to a father who was a teacher and…