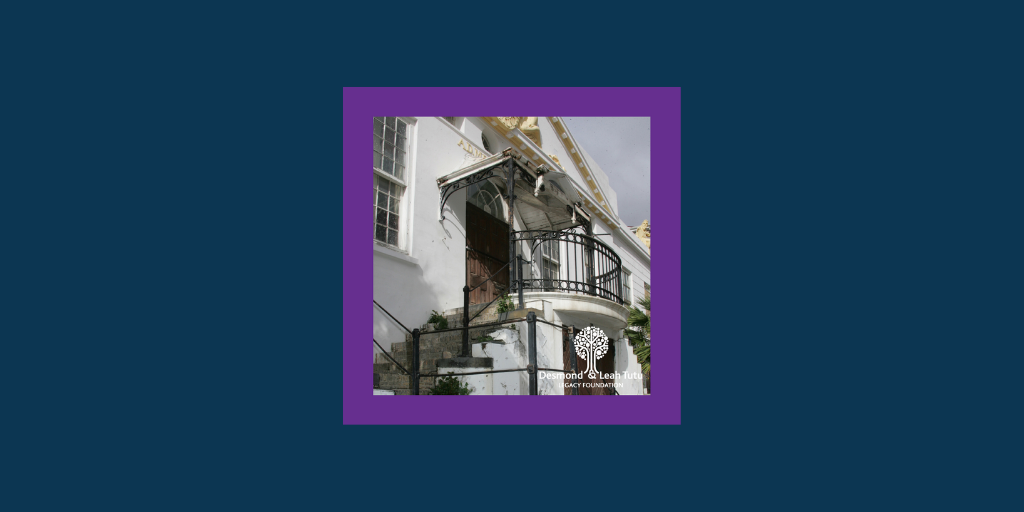 It’s not certain what they stole, or from whom they purloined it, but in the early to mid-1800s two Khoekhoe women, known only as Nellie and Vytjie, spent time in Cape Town’s Old Granary – then a women’s jail.

Now the historic building, on the city’s Buitenkant Street, is home to the Desmond & Leah Tutu Legacy Foundation, and the discriminatory laws under which the women were released early, as servants indentured to a Swellendam farmer, are gone.

Over the 200 years of the building’s existence it has had many guises: initially a granary for a growing colony, then the Cape’s first women’s jail, and later a magistrate’s court and police station, Cape Town’s Public Works Department, and a post office.

Back when Nellie and Vytjie were arrested in Grahamstown for theft and sent to Cape Town for their incarceration, colonialism was in full swing and South Africa’s indigenous people, despite being officially “free”, were viewed as obstacles to the grand project of further establishing the Cape as a strategic British colony.

At the time of the women’s arrest the British ruled the Cape Colony. The United Kingdom had abolished slavery in 1807, but the colonialists still wanted cheap labour and there was increased pressure on South Africa’s indigenous people to work for them. While an indentureship system under which children born to women who were at the time employed by a colonist were indentured from when they were 18 months old to when they were 25 was rescinded in 1809, what followed was a complex system of contracts and “pass letters” that restricted indigenous people’s movements within the colony.

Colonialism and apartheid involved the imposition of sets of illegitimate laws, of which this system of indenture is an example.

We have no record of Nellie and Vytjie opposing the laws that restricted them and saw them sent from jail into indentured labour – our records show they agreed to go – but we do have  many, many records of the myriad ways Archbishop Emeritus Desmond Tutu steadfastly opposed illegitimate laws, from apartheid’s pass laws (requiring black people to carry domestic passports – “passes” – allowing their passage in “white areas”) to his calls in the early 2000s for boycotts of and disinvestment from Israel because of that country’s treatment of Palestinian people.

In his lifetime the Archbishop has stood up to anyone, regardless of their power or of any danger to himself, if what they stand for transgresses his morals and values. He condemned anti-homosexuality laws imposed by Uganda’s President Yoweri Museveni in 2014, and, despite death threats and harassment, he opposed apartheid in its ethos and in its legal system.

In December 2020 US-based non-governmental organisation Article3.org named the Archbishop a Human Rights Global Treasure in recognition of his lifelong commitment to advancing peace, equity, equality and human rights; and his unwavering commitment to speaking out on behalf of those often pushed to the margins of society.

Here in the Old Granary we spend our days working to ensure that the many, many stories of the Arch’s integrity and his lifelong willingness to fearlessly promote his belief that humanity is “made for love” are told. We have no doubt that he would have opposed the law that allowed Nellie and Vytjie to be “released” into indentured labour after having served their debt to the state.

We condemn acts of war by Russia and urge for urgent dialogues; no time to sit on the fence

A call to all nations at the United Nations Climate Change Conference: these acts will save our futures

We call on the nations of the world, as they come together for the United…