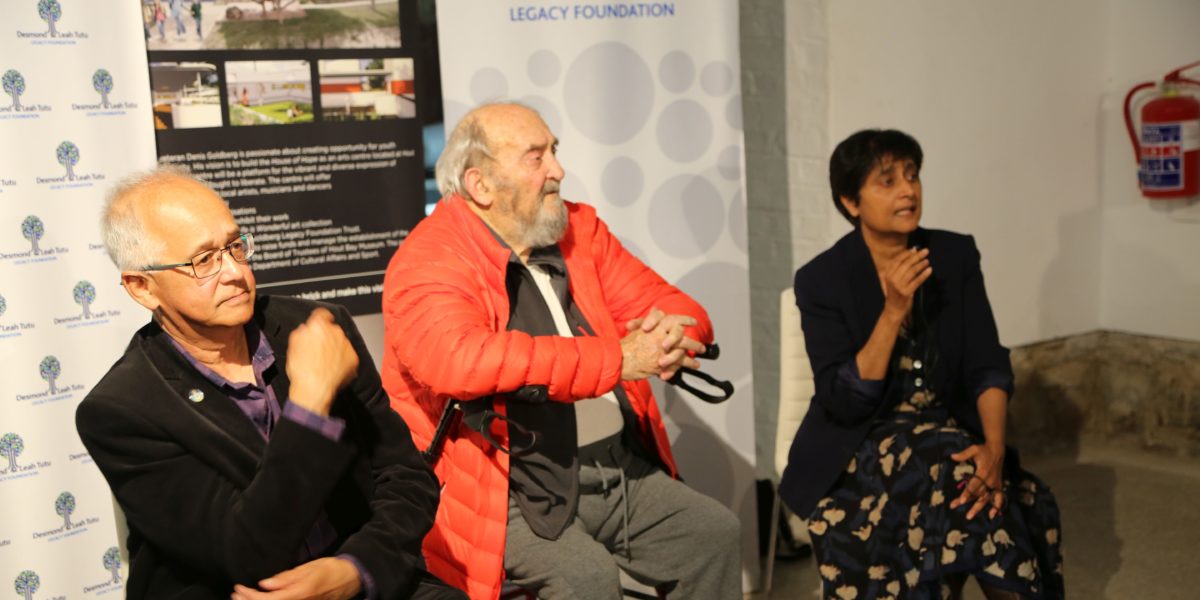 Across the world, descendants of unacknowledged victims of colonialism, slavery and racism are demanding acknowledgement and redress. They are saying that the impacts of historic events continue to reverberate today.

The Forgotten Liberators exhibition, which opened at the Desmond & Leah Tutu Legacy Foundation today, is an examination of one such historic event:  The contribution of two million British and French colonial subjects to the defeat of Nazism in Europe.

The exhibition, developed in Cologne, Germany makes the point that 26 million people lost their lives in this conflict: Six million Jews and 20 million Blacks, gays and lesbians, gypsies, communists and Allied soldiers including Third World conscripts…

Speaking at the opening of the exhibition, sub-titled, Third World in World War II, former Rivonia Trialist and long-term political prisoner Denis Goldberg said South Africans too quickly forgot where their freedom came from and what sacrifices were made.

“Young people today know the name of Nelson Mandela; but OR Tambo. Is that the name of an airport?”

Just last week, one of South Africa’s national broadcasters carried a piece about the end of World War 2, saying South Africa had contributed 200 000 soldiers to the war effort. What about the 80 000 African and Cape Corps soldiers, Goldberg asked?

“To forget the contribution of one third of SA forces in WW2 I think is reprehensible. The opportunity for us to build our democracy directly stems from these events.”

Professor Goldberg said he associated himself with Archbishop Tutu’s view that a society displaying the depth of inhumanity apartheid South Africa did justified its overthrow. Both the perpetrators and victims of apartheid brutality continued to bear the scars of those bitter years.

“We’ve come a long way but we need to go much further,” Goldberg said.

Goldberg responded that it was great for both foundations to speak about peace and the need for peace. “We look forward to lots more co-operation,” he said.

Tomorrow evening, in the Cape Town City Hall, the 9th Annual Desmond Tutu International Peace Lecture will focus on one of the critical struggles of our time: Overcoming corruption and restoring citizen trust, locally and globally.

The lecturer is influential Zimbabwean-born businessman and philanthropist, Strive Masiyiwa.