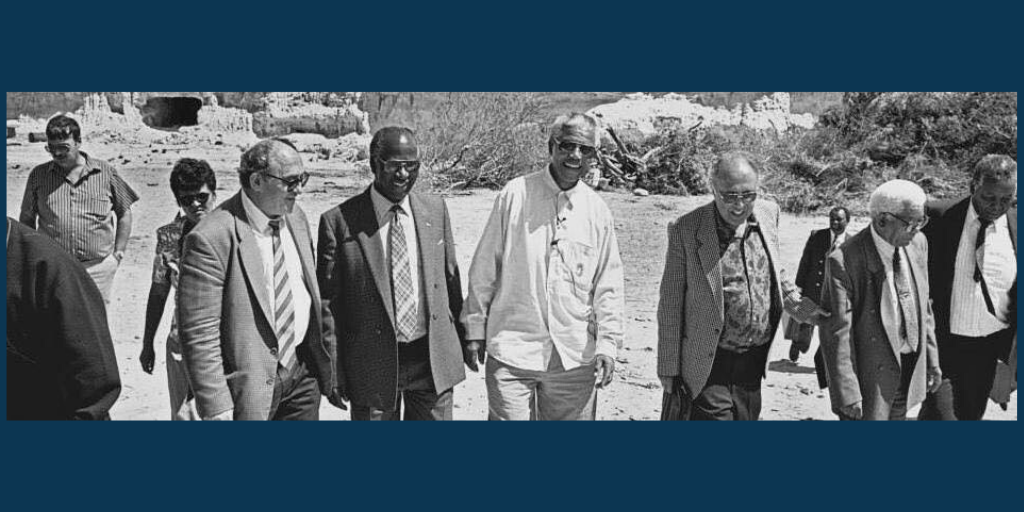 South Africa today mourns the death of Tata Andrew Mlangeni, the last surviving member of an extraordinary cohort of anti-apartheid movement leaders sentenced alongside Nelson Mandela to life imprisonment at the conclusion of the so-called Rivonia Trial.

Tata Mlangeni, who celebrated his 95th birthday last month, was a principled and modest man who returned to live in his Dube, Soweto, home after his 26-year incarceration.

He served two terms as a member of parliament, retiring in 2014 in his 90th year. But even then he continued to speak out against corruption, for morality and fairness within his beloved ANC and in government. “I did not go to prison for 26 years for people to steal from the poor,” he said.

His passing sounds the last post on a courageous generation of South Africans who forfeited their freedom, careers, family lives and health so that we could all be free. It is now for younger hands to pick up the heavy baton they carried and complete the journey to equal justice for all.

He is deeply mourned. The Desmond & Leah Tutu Legacy Foundation extends heart-felt condolences to the Mlangeni family. May Tata Mlangeni rest in peace and rise in glory.

End the violence and discrimination against the LGBTQI+ community

A regulatory framework to develop township economies is long overdue. Support of township business with…