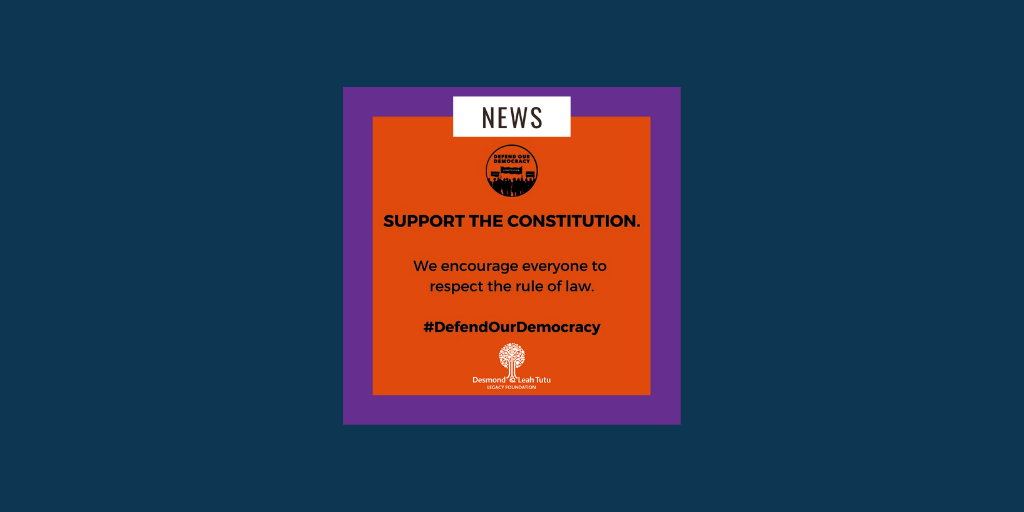 Today, the rule of law has stood powerful. Our highest court has made it plain that our country’s Constitution is supreme and that no South African, not even a president, is ever above the law.

Today, the Constitutional Court, in ruling that former president Jacob Zuma be jailed for 15 months for contempt of court, defended our Constitution and our democracy.

The Zondo Commission applied to the Constitutional Court earlier this year to find Zuma in contempt for refusing to comply with that court’s earlier order that he appear before the commission to answer questions on state capture.

This ruling, which is unappealable, is a watershed. We have arrived at a pivotal moment in our history, one of which we can all be proud. In 1994, after hundreds of years of cruel injustice through colonialism and apartheid, South Africans voted for a constitutional democracy in which all are equal before the law.

Despite this history, recent years have seen the crumbling of this dream. Earlier this year, the Desmond & Leah Tutu Legacy Foundation endorsed a nationwide call, made by the Defend Our Democracy movement, to stand up for the rule of law in South Africa. We expressed alarm that we are increasingly living in an era in which the tenets of our Constitution are often wilfully ignored

The Constitution of South Africa is admired worldwide for its breadth and progressiveness, but to have real, lasting impetus, a constitution must have an integral effect on every action a government and its people take. Too often, we fall short of this noble goal.

Today, we did not fall short of this righteous objective. Today, our judiciary defended our democracy, our Constitution, and thus the citizens of South Africa. Today, we are stronger.

The Duke and Duchess of Sussex, with baby Archie in hand, visited the Desmond &…