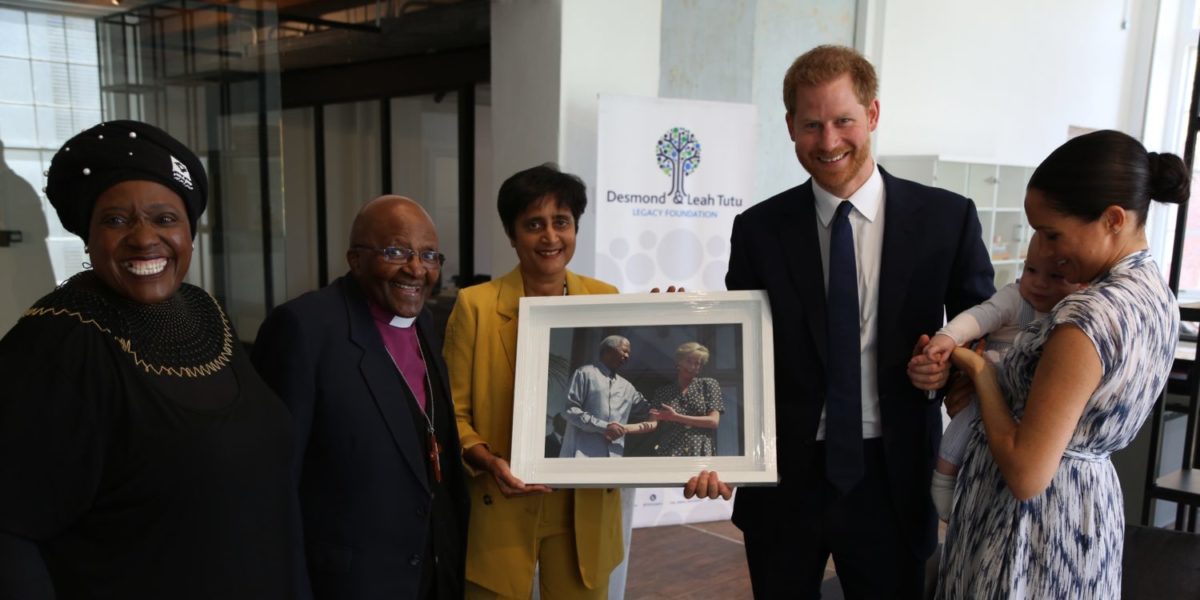 The Duke and Duchess of Sussex, with baby Archie in hand, visited the Desmond & Leah Tutu Legacy Foundation today for a meeting with the retired Archbishop and a briefing on the Foundation’s work.

“Thank you for your concern and interest in the welfare of our people. It’s very heartwarming, let me tell you, very heartwarming to realise that you really, genuinely are caring people,” the Archbishop told the young royals.

Prince Harry replied: “We all try to make things better.”

Kotecha and the Archbishop’s eldest daughter, Thandeka, presented the couple with a basket of gifts celebrating South African women, children and non-racialism – including several gifts for young Archie.

Kotecha also presented Prince Harry with a pair of framed photographs of his mother Princess Diana’s meeting with President Nelson Mandela, in Cape Town in 1997 – one for Prince Harry and the other for his brother, the Duke of Cambridge. The photographs were donated to the foundation by photojournalist, Benny Gool.

The Desmond & Leah Tutu Legacy Foundation is the global rallying point for the Archbishop’s values in respect of people and the earth. Its mission is to develop its significant archival holdings, distill the timeless wisdom of its founders, and contribute to instilling their values in new generations of leaders.

JOHANNESBURG: On Monday 24 August 2020 a delegation of organisations calling for societal action against…