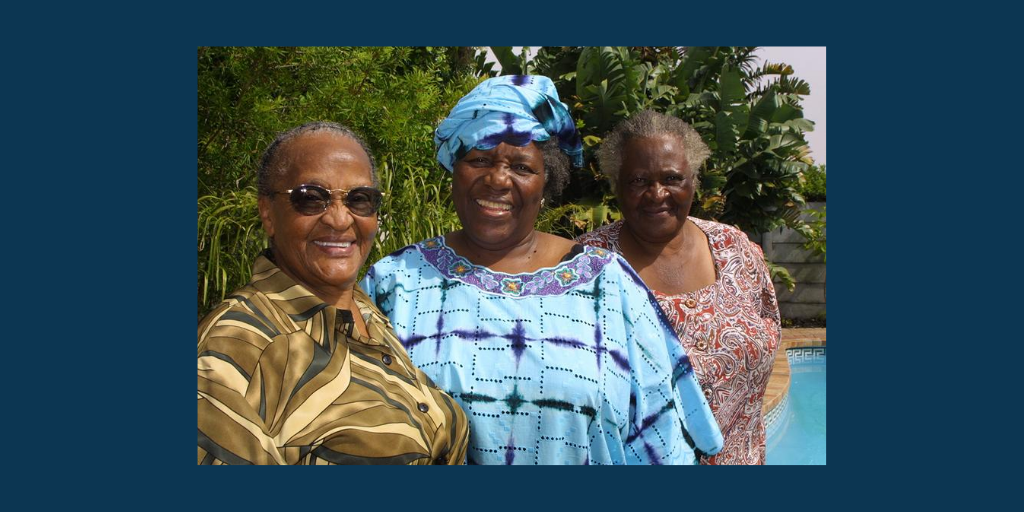 We express our deepest condolences to Archbishop and Mrs Tutu, and members of their extended family, on the passing of the Archbishop’s elder sister, Mrs Sylvia Funeka Morrison, in Gauteng.

Although the Archbishop and his siblings were baptised as Methodists, Mrs Morrison is credited by the family for leading them into the Anglican Church. “The person who made us religious was my sister who left home to attend the Anglican school,” younger sister, Mrs Gloria Radebe, explained in an interview some years ago.

Mrs Robinson told a wonderful story about the day her young brother’s pyjamas caught alight because he was sitting too close to the brazier, and the tribulations of elder sisterhood. “We all got very close to the brazier to absorb all the heat we could; we were still in our warm flannel pyjamas,” she recalled in a piece she wrote for the book, Tutu as I Know Him.

“’Don’t get too close to the fire,’ came the sisterly caution to the younger ones. But my brother, in typical stubbornness, did not heed the warning and, all of a sudden, his pyjamas caught fire and he was all ablaze.” He badly burned his thigh and had to spend a month in hospital.

Mrs Robinson’s sisterly caution, wise counsel and love will be sorely missed. May she rest in peace and rise in glory.