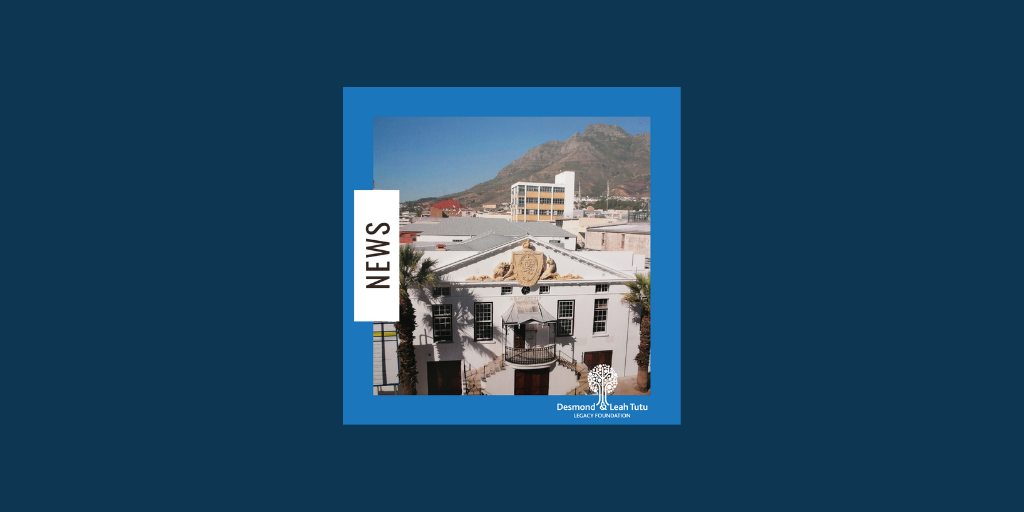 Cape Town’s Old Granary building has had many roles over its more than 200-year history, but until the Desmond & Leah Tutu Legacy Foundation moved in in 2018, none of these roles had anything to do with peace or reconciliation.

“By becoming the tenants of the Old Granary, now restored to celebrate her past 205 years, we want to use this building, so rich with South Africa’s history of strife and division, to make visible the compassion and dignity needed by our country – and all the peoples of the world – to make global peace a daily reality,” Archbishop Emeritus Desmond Tutu wrote in 2017, before the Foundation moved into the building on Buitenkant Street.

Over the years, the Old Granary has been a place to hold grain, most of which was to be exported to the then Cape Colony’s colonial rulers; a colonial-era women’s jail, magistrate’s court and office, and police station; and, during apartheid, the offices and workshops of the apartheid-era public works department and even an unofficial home to homeless people. Now the Old Granary is becoming a centre for peace and justice.

This year the Foundation will host the 11th Desmond Tutu International Peace Lecture as a celebratory event, taking place on the Archbishop’s 90th birthday on 7 October 2021. The lecture, titled Speaking Truth to Power: No future without justice, will be delivered by four global leaders who have previously delivered it.

That is the aim of the Desmond Tutu International Peace Lecture – to give a platform to this kind of leadership – and to do it from its new home: the Old Granary.