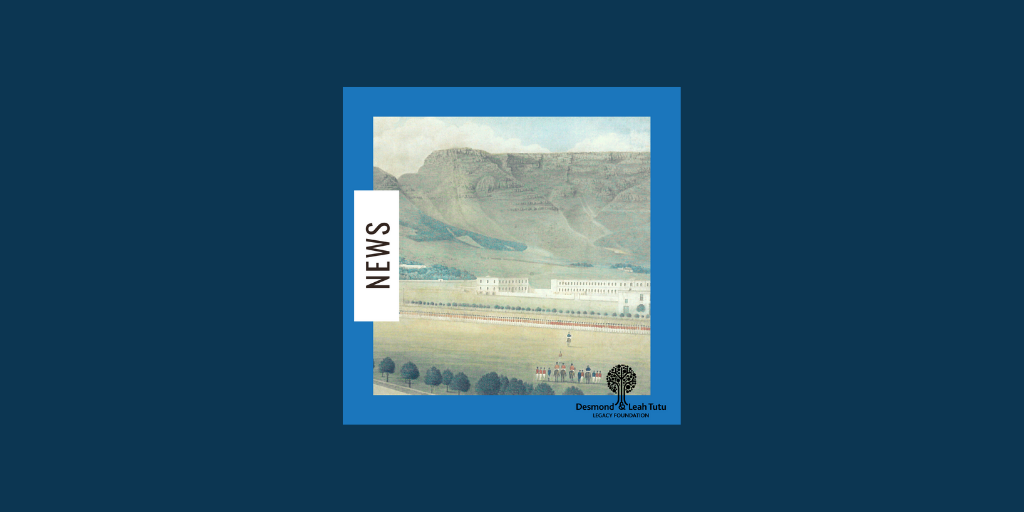 The name of the Desmond & Leah Tutu Legacy Foundation’s home on Cape Town’s Buitenkant Street refers to a short period of the building’s existence, more than a century ago.

The Old Granary was erected between 1808 and 1813 by Jacobus Hendriksen, a baker whose grand ambition was to supply bread to the garrison of soldiers at the Cape. This would have been lucrative work – contractors to the army or navy were not subject to the same strict regulations that were imposed on those supplying goods to the public.

It’s not known whether Hendriksen achieved his goal. He sold the Old Granary (a dwelling and warehouses), plus two plots of land on which he wanted to build a large bakehouse, when, in 1813, to the British government at the Cape.

The Bible speaks of bread as “the staff of life”, and it was certainly viewed as critical by the European colonists who ruled the Cape Colony. One of the first actions the British colonial government took when it took over the Cape from the Dutch in 1795 was to export nearly 1 000 tonnes of the colony’s wheat reserves to Britain.

There, the wheat must have been gratefully received. British bread prices were sky high at the time, because the island nation had suffered years of poor harvests, and because Britain’s war with France had affected traditional wheat import routes.

Taking other lands’ bounty for Europe’s benefit was, of course, the purpose of colonialism.

Opposing the embedded injustices that emanate from centuries of colonialism, and from the more than 40 years of South Africa’s apartheid regime, is part of the Foundation’s mission. We who work here, within these walls that once held a large part of the Cape’s grain reserves, are often reminded of the legacy left by South Africa’s colonial and apartheid-era rulers.

Our aim is to change that legacy by nurturing moral leadership, especially among Africa’s young people, so that they can take the baton from Archbishop Emeritus Desmond Tutu and use the values he represents – ubuntu, respect, compassion, forgiveness and reconciliation – to address the many complex challenges humanity faces, including the pandemic, climate change, food security, inequality and environmental abuse.

A CALL FOR YOUNG VOICES TO RE-IMAGINE TOMORROW

In the 26th year of South Africa’s democracy, it is irresponsible for the foundation representing…

A regulatory framework to develop township economies is long overdue. Support of township business with…