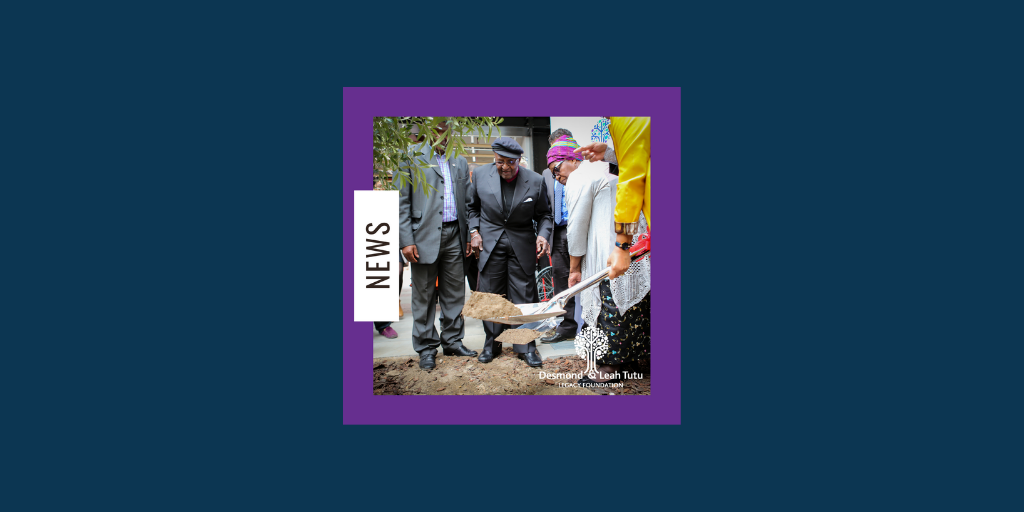 This year will see the launch of a new permanent exhibition detailing Archbishop Emeritus Desmond Tutu’s enormous contribution to South African and world history, the Desmond and Leah Tutu Legacy Foundation announced on 25 February 2021. The exhibition will be on display at the Old Granary building in Cape Town, which is home to the Foundation’s offices.

Widely viewed as one of the world’s greatest and most ethical leaders, Archbishop Tutu has won many international prizes for his humanitarian activism, including the 1984 Nobel Peace Prize. He is a member of The Elders, a select group of senior statesmen, peace activists and human rights advocates who were brought together by Nelson Mandela in 2007 to promote peace and human rights.

“We’re thrilled to be able to so comprehensively showcase the indelible mark Archbishop Emeritus Desmond Tutu’s spiritual leadership has made on South African society, and on society everywhere. We feel as humbled as we feel proud to be the custodians of the Archbishops’ legacy, and we are glad to be able to fulfill our duty to share it as widely as possible so that his greatest gifts to global society – conscience, trust, compassion and peace – not only remain with us, but grow,” says Foundation CEO Piyushi Kotecha.

The Western Cape government is supporting the Foundation and the Apartheid Museum to present this groundbreaking exhibition, says the province’s premier Alan Winde.

“Archbishop Desmond Tutu is South Africa’s moral compass, continually reminding us of that critical African concept: ubuntu – that ‘I am because you are’. He is one of Cape Town’s greatest citizens, if not the Mother City’s greatest citizen, and the Western Cape government is honoured to be working with the Foundation and the Apartheid Museum in this illuminating exhibition. What better time to present it than when we are all struggling with the enormous challenge of the Covid-19 pandemic. Desmond Tutu is an incandescent example of the triumph of hope over circumstances, and we need him now as we needed him during apartheid,” says Winde.

The exhibition will have six parts, exploring:

The permanent exhibition will be on display at the Foundation’s headquarters, The Old Granary in Buitenkant Street in the Cape Town city centre.

Emilia Potenza, the Apartheid Museum’s exhibitions and education curator, says Cape Town is the perfect venue for the permanent exhibition.

“The Arch’s story is an indelible part of Cape Town’s story,” she says. “All over the Mother City are places that have significance in the story of Desmond Tutu’s extraordinary leadership in the struggle against apartheid. We are delighted and excited to bring our experience in tackling the difficult subject of apartheid to the telling of Tutu’s life story, which in so many ways is the tale of the triumph of good over evil.”

Western Cape Minister of Finance and Economic Opportunities David Maynier said: “The Western Cape Government is honoured and proud to be a part of the Foundation’s Knowledge

Legacy Programme, which will ensure that local residents and visitors are able to pay tribute to Archbishop Tutu, as well as better understand the profound impact that he had on shaping the future of South Africa. More than a showcase, the legacy project is also about creating opportunities to support our local tourism sector and expanding the economy to create new jobs.”

A DIFFICULT CONVERSATION ABOUT FAITH