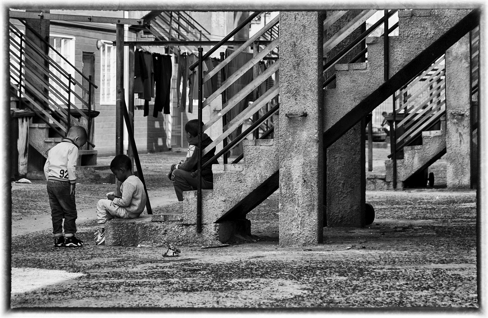 A spike in high-profile gang assassinations in Cape Town, culminating in the killing of a notorious gang boss yesterday, has sparked fears of a wave of violence in the city.

The culture of gangsterism is deeply rooted on the Cape Flats, where people of colour – forcibly removed from suburbs declared for white residents only – were corralled in racialised dormitory townships.

Uprooting the culture cannot be achieved overnight, but short-term stability is possible through a combination of engaged citizens and community organisations, and professional intelligence-gathering and law-enforcement.

Following a spate of gang-related violence in 2014, Archbishop Emeritus Desmond Tutu termed the situation for many families on the Cape Flats, “an abomination and a severe indictment on the state of progress in South Africa 20 years after the advent of democracy”.

The Archbishop said: “We must demand of our elected leaders in local, provincial and national government that they stop pointing fingers at each other, and use the resources they have at their collective disposal to deliver an environment in which poorer citizens have the opportunities to improve themselves and their circumstances.”

The Desmond & Leah Tutu Legacy Foundation echoes its founder’s demand, and calls on all citizens, including those who associate with gangs, to contribute to fostering peace in the Cape Flats this festive season, and to commit themselves to the process of developing real, just and sustainable solutions.

It is a process that the State must lead, at all administrative levels and across departments, supported by non-profit organisations and the people.

As the Archbishop often said, when people walk together in pursuit of a righteous cause they become an unstoppable force.

On the facade of Cape Town’s Old Granary building, home to the Desmond & Leah…